Covers, News, and the Year in Review

Wow. What year. Most amazing year of my life! But I'll get to that later. First! Covers!!!!!

An anonymous commenter (I kid you not) left me a link to my Russian cover and it is gorgeous!! I am so stoked by it! Very sexy! 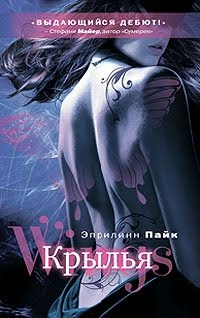 And then we spotted my first foreign Spells cover this week too! 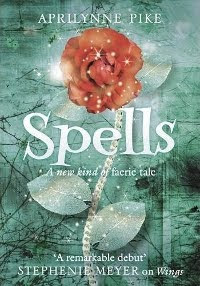 It has a silver chain for a stem, people! Height of awesomeosity. (Yes, I did just make that word up.)

Long-time readers will know this, but in case you don't, generally authors have little to no say in their covers. Closer to the "no" than the "little." And even less in the foreign covers! So all my awesome covers? I can brag about them endlessly because I had absolutely nothing to do with them. Nuh-thing. Nothing.

In news, I have my first event of 2010 next week! Whoo-hoo! Changing Hands, the illustrious Phoenix Indie, is hosting Yallapalooza! Check it out! No seriously, check it out. It is going to be AWESOME!!!! There is going to be live music! I have never been to an event with live music! And free food. Who doesn't love free food?? Anyway, there will be a ton of us there, including my new author friends Janette Rallison, James Owen, and the inestimable Janni Lee Simner. But the AZ authors are getting with a bunch of L.A. authors I've never met and we are SO going to par-tay! I am so excited! It is going to be amazing! There will be exclamation points! So if you are in the greater Phoenix area, or, indeed, anywhere in the Southwest United States, you should come! It's Saturday, January 9th from 4-7PM, at Changing Hands Bookstore. Seriously, come! All YA, all the time. :D

Anyway, it has been an amazing year. And not just for me! So here is my whole year in review:

January and February saw me on a pre-publication tour. It was my very first event for Wings and also my first time signing books. Yay! This was an amazing experience for so many reasons. I met a ton of librarians, readers, and bookstore staff who just fell in love with Wings. I also had to prick my head with a pin every night as they were determined to blow it up to astronomical sizes. :D

April was my husband's month. After three grueling years, he graduated law school! What a momentous day!! I was so proud. :D

May was Wings month. I spent the whole month traveling, often to places I'd never been before. I also went to BEA for the first time and became a NYT Bestselling author. Whoa. I have never had such a whirlwind month! And even if the release of Spells is exactly the same, this year will still be the most special release, because it was the first time, with everything new and sparkly!

June was my first event with other authors (Supernatural Summer, which I will be doing again this year, yay!). It also was the month I moved back to Arizona, which I have been looking forward too since I moved away from Arizona three years earlier.:D I moved into my gorgeous new house (courtesy of the crappy housing market) and have my own office for the first time and everything is wonderful here!

In July my movie deal was announced and I got to watch my own little media frenzy happen. I was mentioned on People.com, mtv.com, Variety.com, ONTD.com and on the TV segment The Soup on E! It was very strange, and unreal, and exciting!!

In August I finally fell off the list after spending eleven weeks there. Completely unreal. Eleven weeks!! And I promise you this; every week was a gift. Makes for some jittery Wednesdays though.:D

In October I got some really wonderful news I can't share yet, but it was important, so I'm mentioning it.:D

In November I hosted Thanksgiving with fifty people in attendance. 'Nuff said.

In December I kind of pulled away from the world and gathered my family in close and had a quiet holiday. Honestly, it was just what I needed. Because despite the wonderful, amazing things that happened this year, my life revolves around my husband and my kids. And they are what make everything worthwhile.

So, yeah, an amazing year. It wasn't all roses and clover. I cried over my books at least three times, determined I was a hack author who couldn't do anything right. I had someone I thought was a friend stab me in the back. I was separated from my family for almost three weeks when they moved while I was touring and that was really hard. And revisions . . . well, they are always soul-sucking.:D But all of that pales in the face of how many great things happened to me this year and the readers, bloggers, and fellow authors who have joined me for the ride. I got to meet so many amazing people in my travels. And readers. Oh, I love my readers! Especially the teen readers. They have such enthusiasm! I have been laughing at my Google alerts the last couple days as I have been placed on both Best of and Worst of 2009 book lists--because no list is as cool as a thirteen-years-old's sparkling eyes. That's what's important to me.

And you, dear readers, thank you for joining me again this year. It's been a long time since I started this blog in January of 2006. Quite. A. Ride. Thank you for coming with me. Whenever you started.

And buckle your seat belts, because this roller coaster ride isn't over yet!

For your viewing pleasure...

One of the things that I always worry about on my books is jacket copy. This is the little bit of text and/or description that goes in the inside jacket flap. This little bit of text, that--second only to the cover--is generally the biggest reason people buy books, is infamous for being written by interns anxious to cut their teeth on new projects. I don't know who writes mine, but for the second time in a row, I have FAB jacket copy!! I've had it for a while but it is now starting to pop up on my google alerts in sale listings, so now I get to share!

"I can't just storm in and proclaim my intentions. I cant 'steal' you away. I just have to wait and hope that, someday, you'll ask," Tamani said.

"And if I don't?" Laurel said, her voice barely above a whisper.

"Then I guess I'll be waiting forever."

Although Laurel has come to accept her true identity as a faerie, she refuses to turn her back on her human life--and especially her boyfriend David--to return to the fae world.

But when she is summoned to Avalon, Laurel's feeling for the charismatic faerie sentry Tamani are undeniable. She is forced to make a choice--a choice that could break her heart.

Yay! I love the quote they picked!

In other news of awesomeness, Wings has been selected as one of five nominees for Best YA Paranormal/Fantasy Novel of 2009! I am in the excellent company of The Awakening by Kelley Armstrong, Tempted by P.C. and Kristin Cast, The Maze Runner by James Dashner, and Shadowland by Alyson Noel! You can download the PDF of all the nominees in all categories here! Lots of lovely books in there!

And something I think is cool--though you may not :)--is that Wings is being released in large print in January! As someone who has awful eyes, that makes me happy.:D

Also, my German cover has come up on Amazon!!! I think it is SO beautiful and I am so pleased to share!! 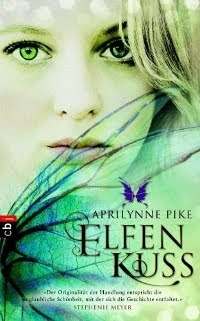 *lesigh* The German edition is expected to hit shelves in March! I'm expecting my friend Jen to take a pic for me. *koffkoff* ;)

Later this week I will take a break from Wings stuff and will be doing a large, picture-filled candy making entry. 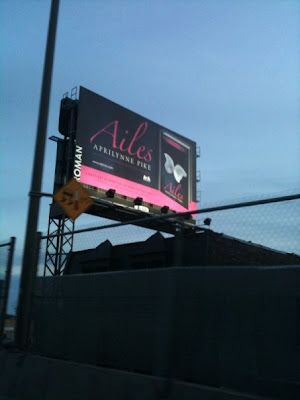 I have a billboard!!

Okay, how awesome is that!! My agent sent this to me this morning. It is advertising my French copies in Canada, and the foreign rights' agent said they are everywhere!!

I survived my Thanksgiving!!! Not only survived it, but had a really great time! Three days of partying. Really, it just doesn't get any better than that!

But words are cheap, I know you all just want to see the picture of my sixteen pies.:D 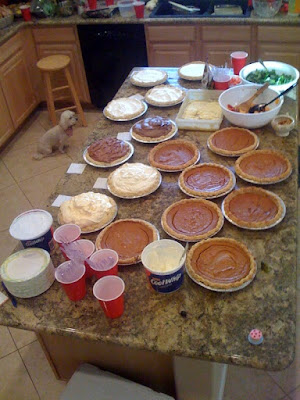 *drools* They were beautiful!

Okay! So this is mostly a post full of catch-up and housekeeping!

It has been an incredible six months of foreign rights sales and I haven't updated you guys in ages. And . . . well . . . somebody ads it to my Wikipedia page and I'm vain. Deal with it.:D

And I have three more currently being negotiated, so by the end of 2009, Wings will be set to be published in 25 foreign countries. Can we say better than I ever dreamed of? *swoon*


Tons of people have been asking about the movie. Sadly, the movie industry moves about as slowly as the publishing industry. But the good news is, we are still moving! Still progressing! Things are happening and we are still heading in the right direction! (How's that for a vague update?!?!)

Probably the biggest housekeeping announcement is that I am taking a break from email for the month of December so I can spend a bit more time with my family. Also, I am hoping most people are just too busy with the holidays to email me, so I won't miss very many.:D We are big Christmas people in my house and along with it being family time, I also make hand-dipped chocolates and truffles and that takes up a huge chunk of my time in December. So I won't be doing much writing or reading, just snuggling kinds and hubby and rolling in chocolate . . .er . . . I mean rolling fondant centers in chocolate. Yeah, that's what I mean.:D

I will still be blogging and tweeting, I just need a small break from emailing. If I have your email already, you'll get a response. But if not, wait till January to write me.:D And have a great holiday while you're waiting!

And lastly, don't forget Holidaze With the Debs!! Live in Chicago? Near Chicago? Near an airport than flies into Chicago?? Come see us!!! All info here!

It's going to be way fun! So come if you can!